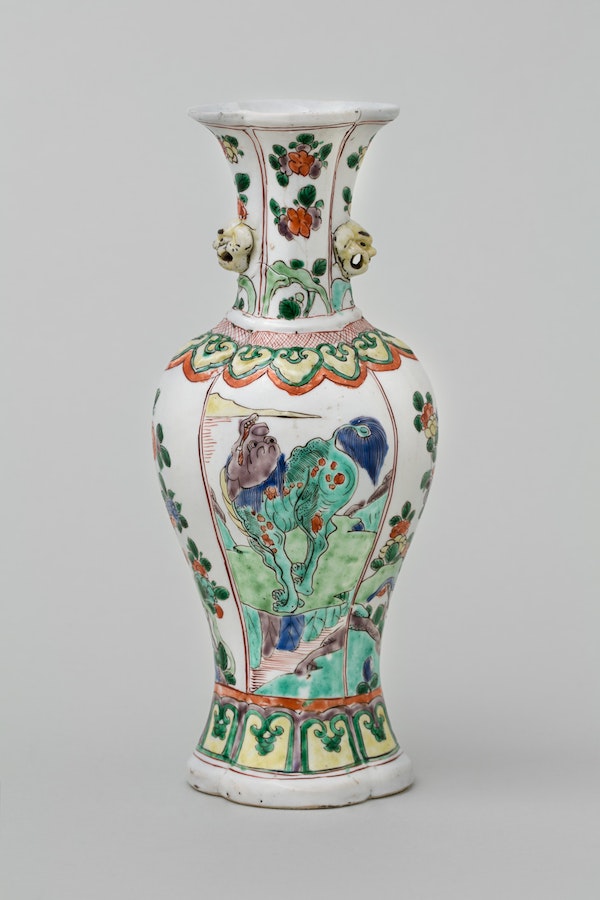 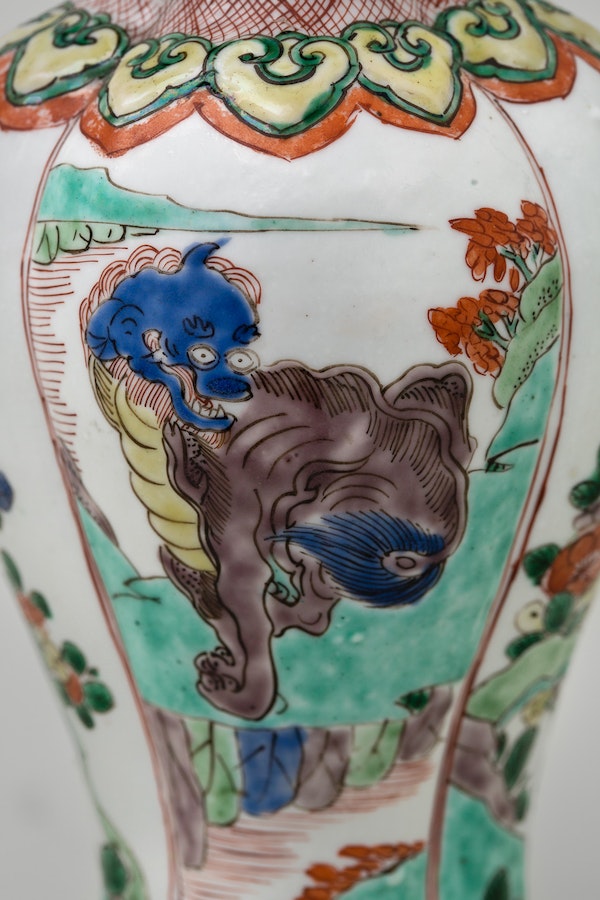 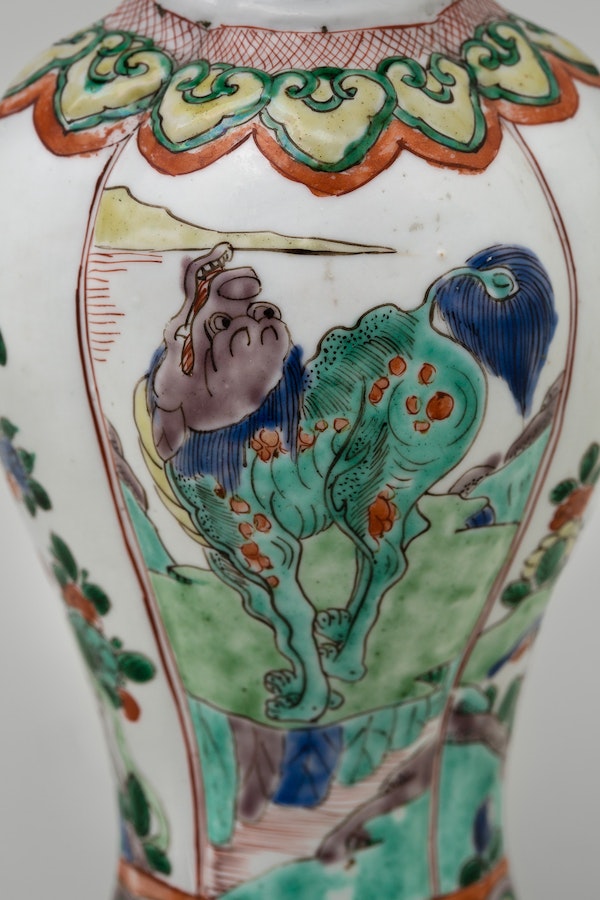 Of flattened lobed globular form, flared moulded trumpet neck with on either side two animal masks in relief and a spreading moulded foot, painted in famille verte enamels with on the body four moulded panels, two larger, on opposite sides, each with a large mythical beast standing on the shore in a watery landscape, one painted with a green body with red spots, a bushy tail and his aubergine head tilted upwards, the other with a aubergine coloured body and blue head sits down, his bushy tail curled up next to him, the two further panels with tall flowering branches issuing from the ground, the shoulder with an individually moulded collar of ruyi-heads below a thin band of cross-work, the neck with four panels painted with flowering branches, two which holds the moulded animal masks, each mask in relief with a pierced hole through its mouth, the foot with a lappet shaped band, each lappet with a stylised motif, the base glazed.

LITERATURE
There is a pair of vases of similar fluted form and with animal masks in the collection of the British Museum, London: museum number Franks.330, part of the Franks collection.